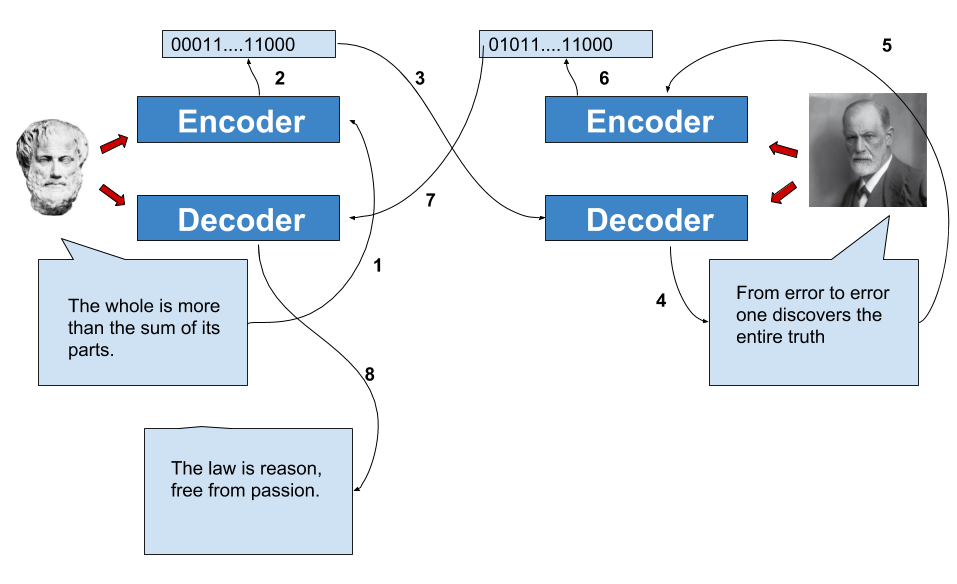 In this project, we consider the problem of generating a self-sustaining dialogue between two or more actors who speak with their own distictive styles. Seq2seq models have been successfully used to train recurrent neural networks to learn the mapping from one sequence of words to another. Here, we aim to see if such networks can be trained to share a common context vector space to enable a common understanding between the two actors.

We went on with a bizarre idea of piping the output of encoder of one actor to the decoder of another and so on to generate an implicit one-to-one mapping between the context vector spaces of the two Seq2seq models, which did not work in the end but it sounds very interesting and fun to imagine. I will leave the details to the report and just show you an example conversation

Our complete presentation can be found here.

Thanks to Anuj Shetty, Tejas Srinivasan and Sandesh Kalantre for working with me on this project.