The procedures involve international board meetings for discussions on question paper before it is presented to the participants et cetera. Leaders are also required to translate the question paper to their respective languages and submit to the host country. Vote on certain matters was taken by a show of hands, and files downloaded and uploaded via pendrives handled by volunteers. Discussions would require paper notes flowing through the hall.

My role, in a team of 3, involved developing a browser-based application which would automate the entire process. The entire code and documentation for IPhOrum is stored here at its Github repository.

In 2016, International Olympiad on Astronomy and Astrophysics (IOAA) was held in India, and the software was used again. On both occasions, the software was instrumental in streamlining the process and we received positive comments. 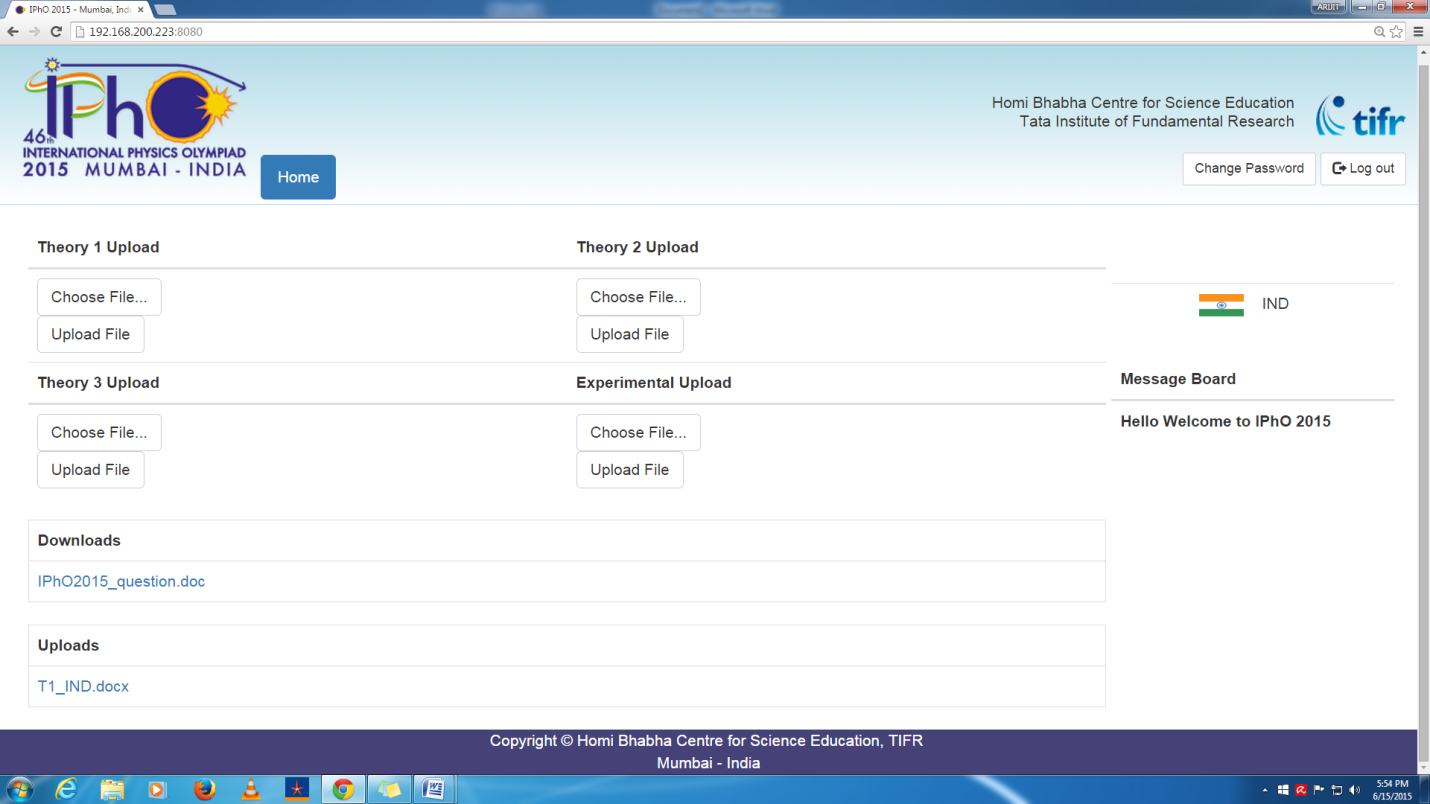 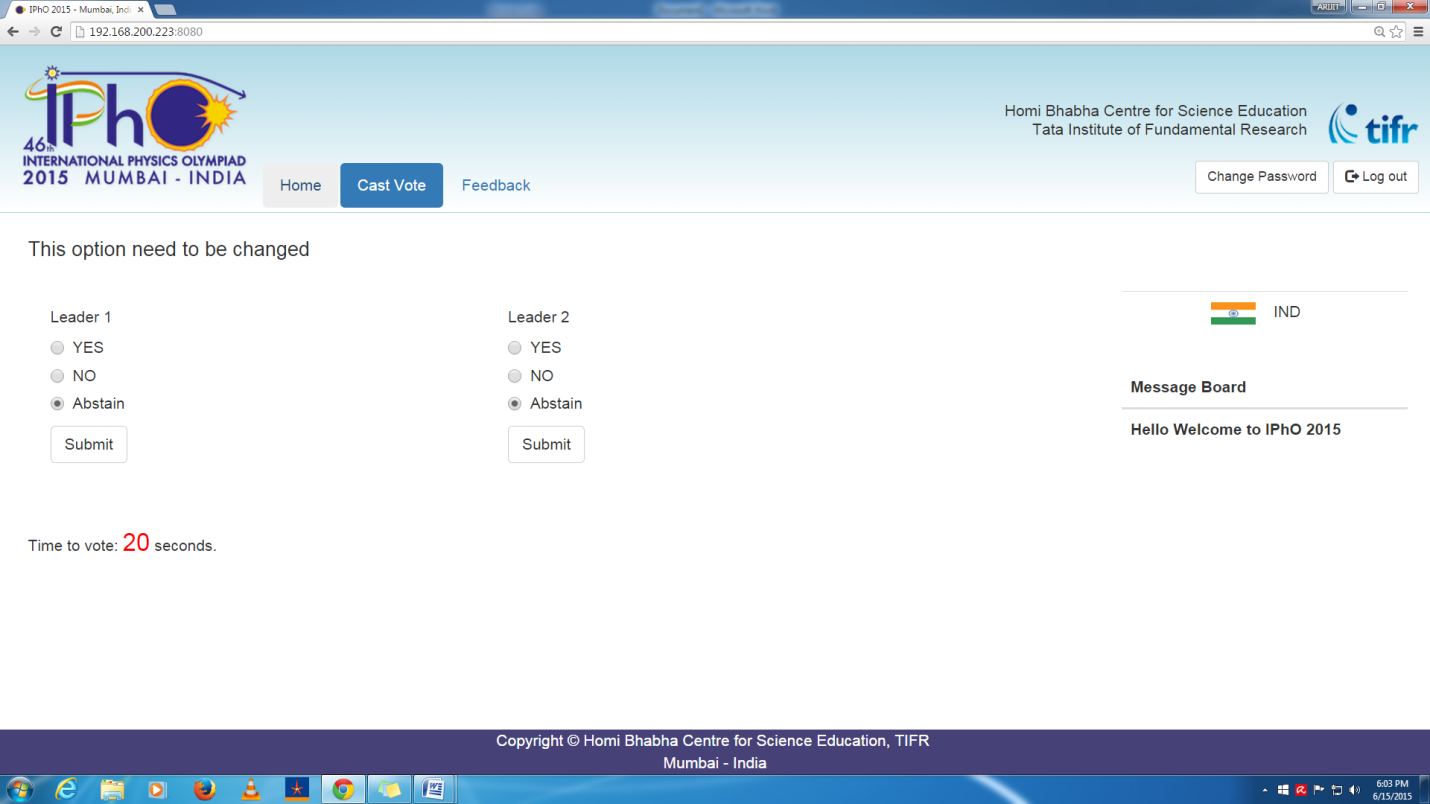 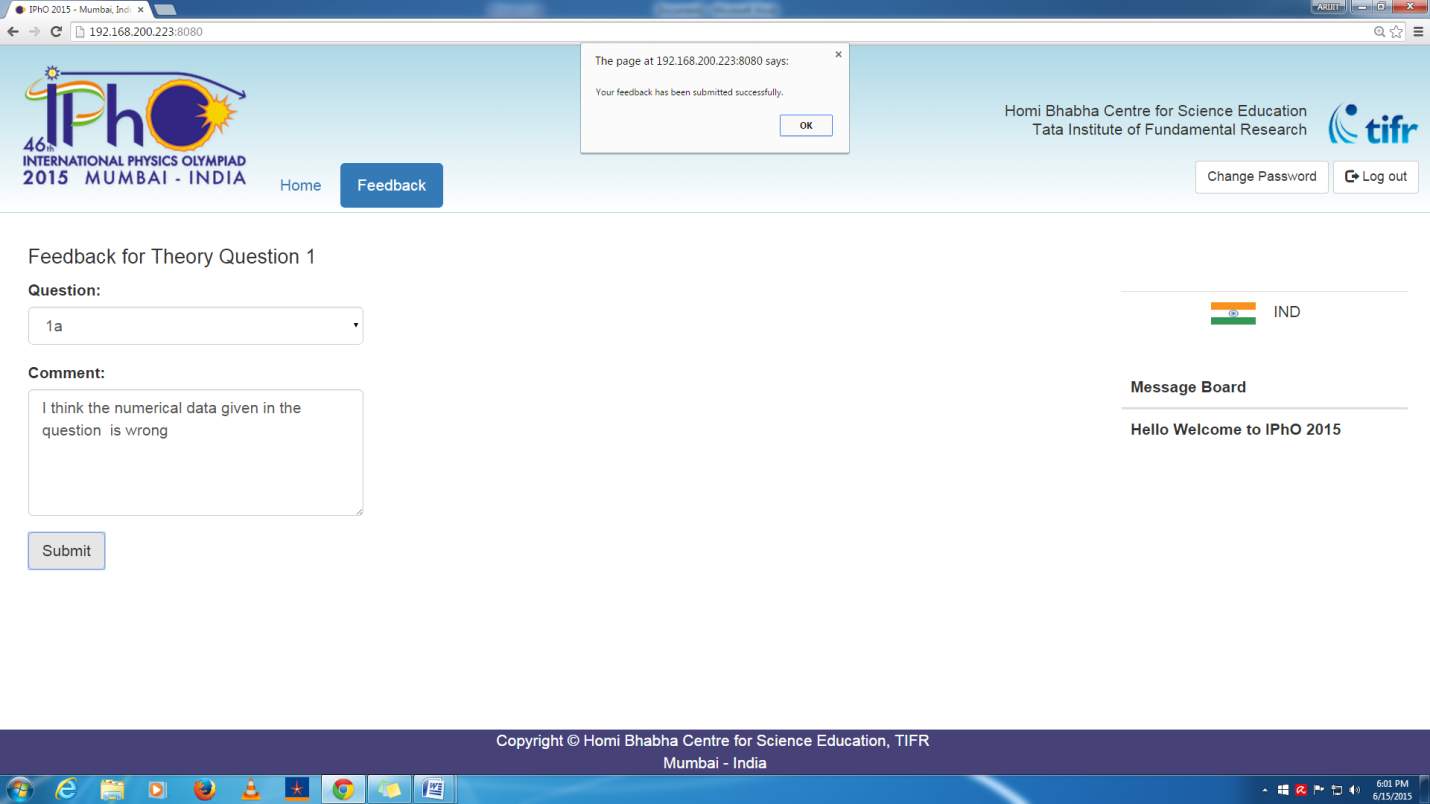 Thanks to Sandesh Kalantre, Sharad Mirani and Alankar Kotwal for working with me on this project, and Prof. Aniket Sule and Prof. Anwesh Mazumdar for their guidance.